The Evial Pregnancy Test Strip is the simplest way of doing a pregnancy test.

A pregnancy test can provide certainty when there are signs that make you suspect a pregnancy. A tugging in the breasts and sudden morning sickness, as well as many other signs can be an indication of pregnancy. But no sign is as clear as the absence of menstruation. And if this is what is happening, it’s high time for a pregnancy test. The reliable Evial Pregnancy Test is simple, quick and hygienic to use. The result can be clearly seen within five minutes. Simply hold the absorbent tip in the urine stream for a few seconds. The result will already be visible after a short time in the control window of the Evial Pregnancy Test. If two lines appear in the control window, the result is positive (pregnancy); with only one line, there is no pregnancy.

How does a pregnancy test work?

Pregnancy is detected at an early stage by the concentration of hCG (Human Chorionic Gonadotropin) in urine or blood. In the event of a pregnancy, hCG is first produced by the fertilized egg and later by the placenta. Among other things, hCG prevents the rejection of the endometrium (uterine lining) and the onset of menstrual bleeding.
A fertilized egg usually implants itself in the endometrium 6-8 days before the next period fails to materialize. Tiny amounts of hCG are present in the mother’s blood and urine at this point. The concentration of hCG is initially very low, but it increases rapidly and predictably during the first weeks of pregnancy.
The pregnancy test contains antibodies that react to the hormone. When the urine comes into contact with the absorption wick, the urine sample is guided into the membrane by means of capillaries. When the hCG reaches the test area, a coloured line appears. If this line is missing, the test result is negative. A coloured line appears in the control area to show whether the pregnancy test has been carried out correctly.

If your test was positive early before the expected menstruation, you should re-test for pregnancy 2 days after the expected menstruation period to confirm the outcome. It is at this point that the result of a urine test is the most reliable. If the result continues to be positive, see a doctor to confirm the pregnancy. Your doctor will advise you regarding further procedures.

If you get a negative result, however, pregnancy cannot be excluded yet. Urinary hCG concentration may still be too low or the pregnancy test has been conducted too early or incorrectly. A high number of bacteria in the urine or a not yet implanted egg could be further reasons for a false-negative result. If, despite a negative pregnancy test, you actually suspect you are pregnant (for example, due to the absence of menstruation), repeat the test after a few days.

Be the first to write your review !

 7 other products in the same category 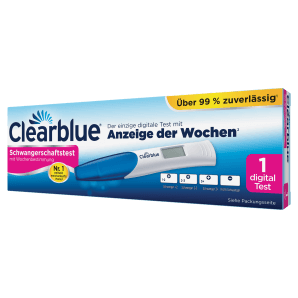 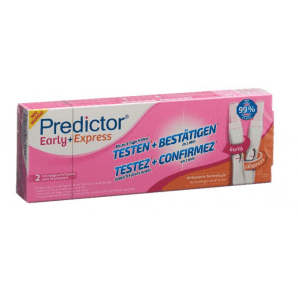 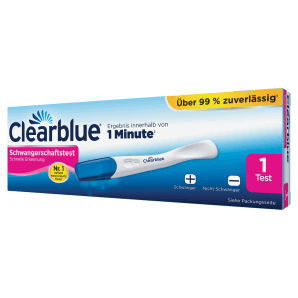